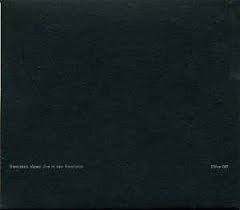 With his ongoing pursuit of an 'absolute concrète music,' Francisco López has recontextualized the sounds of the world around us by pushing these sounds to their polar extremes. At times, he has imposed gaping silences and eradicated all but the slightest traces of musicality; at others, he has turned the placid wash of rainforest insect chatter into mechanically toxic drones and twisted a gentle breeze into a hurricane force blast of raw sound. The ambient din of the urban environment, human voices, the run-out grooves of vinyl, and even propulsive death metal blast beats count as some of the choicest source material with the imposing López catalogue, which includes well over 130 published works. Over his illustrious career, López has traveled extensively both recording his source material and giving acousmatic performances for which he insists the audience members wear blindfolds. Over the years, the sound-arts organization 23five Incorporated has sponsored numerous López performances in and around San Francisco; and it is only fitting that 23five should publish this document of live recordings from San Francisco, with one track culled from the infamous Hexaphonic show at The Lab in August 2000, and the other from an intimate performance at 3feetofftheground in July 2001. The spectral timbres and ominous somatic fluctuations of those performances inspired some audience members to gush: 'It was just amazing how he layered the tracks together into massive lump of sonic force. Totally different from what can be heard on many of his releases which tend to be minimal and silent. I was craving for more. López rocks!'. As with the previous Live in 'S-Hertogenbosch document, Live in San Francisco comes with a blindfold to enhance the phenomenological experience of López's dramatic compositions.
Released by 23five.