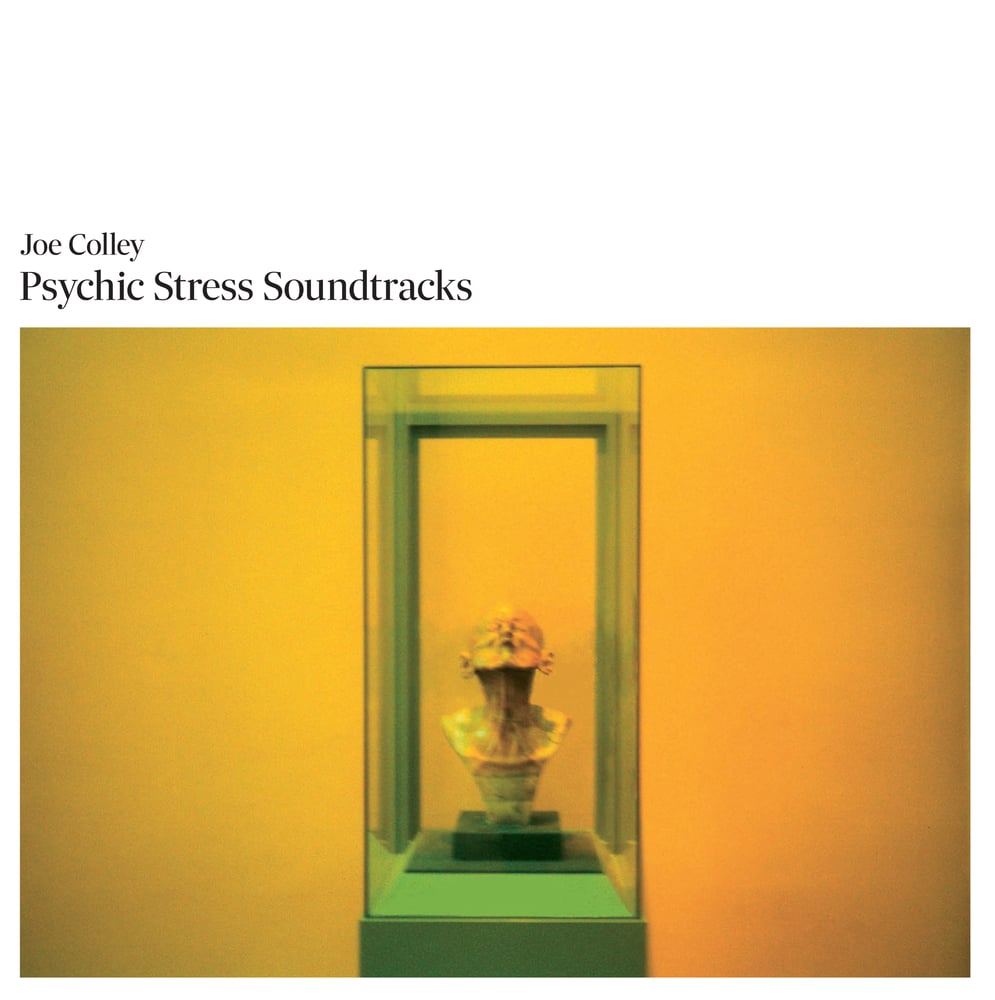 First time vinyl pressing of Joe Colley’s Prix Ars Electronica award winning album. Mastered for vinyl by Giuseppe Ielasi and pressed across 2 LPs, packaged in gatefold jacket with expanded artwork.
For those that gave up too soon.

Failure, self-loathing and abject monstrosity continue unabated as the primary themes for Joe Colley's electro-shock minimalism. as with his previous, equally impressive Desperate Attempts At Beauty, he shifts through a seemingly endless supply of antiquated electric gear and forces these dilapidated machines to grind, crush, whirl and twist under conditions they were not originally designed for. On Psychic Stress Soundtracks, Colley astutely transcribes the machines' smouldering march to oblivion, granting them the emphatic capacity for pain and the recognition of existential despair. The ozone smell of melting circuity lingers above the nervous Geiger counter clicks and toxic hums of his electric dynamos. Colley is a gifted, if sometimes under-appreciated composer whose successes rely upon the manifestation of the paradox of building something extraordinary out of junk.
-Jim Haynes (the Wire)

Joe Colley (b.1972 Ft. Lauderdale Florida USA) is a self taught artist concerned primarily with the phenomena of sound and it’s unique ability to activate a consciousness set apart from rational understanding in a way very different from visual or verbal means. This consuming interest has led to extensive experimentation with results occasionally made public through performances, installations, and commercially available recordings. These experiments have encompassed abstract electronic/noise composition, amplification of natural phenomena, investigations into phase, and creation of complex mass from layers of simplistic sound material, often exploring limits of audibility and equipment malfunction/misuse with special attention to the mundane or pathetic. Growing up among the thrift stores and junk shops of California’s central valley, Colley has in recent years travelled widely making field recordings and performances. At various times he has worked in warehouses, long-term care facilities, porn shops, and as an art instructor with developmentally disabled adults and juvenile detention facility inmates.