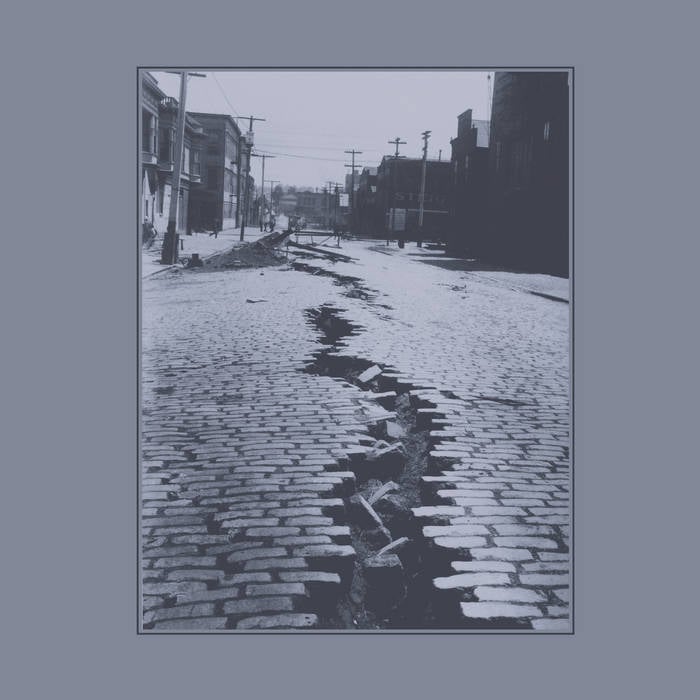 the project began around 2005, its origin story steeped in black metal tapes, booze, noise and so on. as a performative unit, deathroes ‘doubled forces,' combining wittmer's and jenck's shared fondness for fog-machine saturation and high powered strobe onslaughts with a full-spectrum transmission of aggressive, confrontational, immersive noise. in manifesting chaos and raw power through light and sound, deathroes intend to provoke a collapse of the psyche: to isolate
each member of the audience from everybody else present, to offer an existentially bleak form of transcendence through submission, eradication, drowning, the eradication of hope.

the recordings for "inhuman comedy" date back to 2008, with multiple live recordings edited and sifted from lengthy tours across europe and the american southwest. These recordings had gone missing only to be re-discovered in 2018, when gerritt and jencks repurposed the material with additional treatments in the studio. a flesh-scalding hiss rips apart the opening of the first side-long chapter that slips into textural grindings of metal and dry-lung inhalations. long arcs of sub-bass frequencies add considerable menace that carries over onto the second side of the LP. there, deathroes deals out cascading waves of red-lined distortion, distantly bellowed utterances, and sustained sawtooth tone generation that occasionally peers through the churning maelstrom.

a necessary chapter in the ongoing story of california noise.

No Rent · NORENT015: Deathroes - Excerpt from Side B of "Inhuman Comedy"